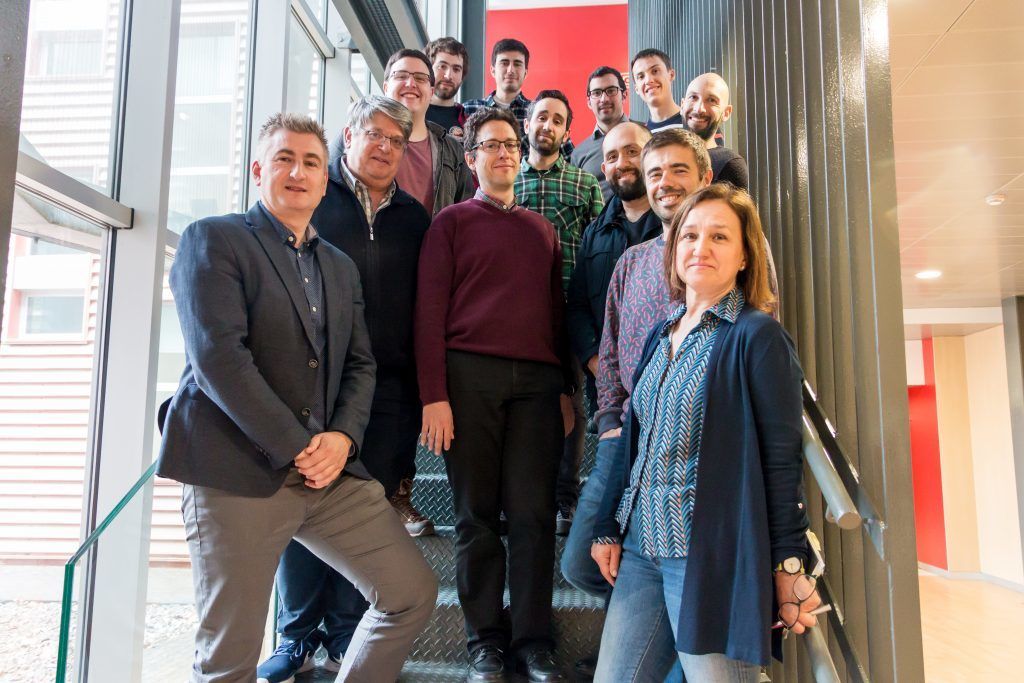 Theory of Nanophotonics group at CFM. Javier Aizpurua at the low left corner

After being included for the first time in 2017, Professor Javier Aizpurua once again stands out as one of the most cited researchers in the world, according to the list drawn up by Clarivate Analytics.

Clarivate Analytics, a global leader and refuted tool for the analysis and compilation of scientific publications recently released this list. Highly Cited Researchers are selected for their exceptional research performance, determined by production of multiple highly cited papers that rank in the top 1% by citations for field and year in Web of Science. Of the world population of scientists and social scientists, the Clarivate Analytics Highly Cited Researchers are one in 1,000.

Javier is the leader of the Theory Nanophotonics group of the Donostia International Physics Center (DIPC) and CFM, and combines his renowned research activity with the scientific direction of the CFM, a joint centre of the Consejo Superior de Investigaciones Científicas (CSIC) and the Universidad del País Vasco (UPV/EHU), recognised as a BERC (Basic Excellence Research Center) by the Basque government.  Aizpurua’s work focuses on the study of the interaction between light and nanomaterials. He has collected more than 13,000 references to its articles and 17 outstanding works in the top of citations in the last 10 years.

This year, the list is made up of approximately 6000 researchers from all over the world, grouped into 21 different disciplines. Of these, 119 develop their work in Spain.  Javier Aizpurua remains in the list being one of the only 5 highlighted researchers  in the area of Physics developing their work in Spain, along with researchers from centers of excellence such as ICFO, IMDEA or ICREA. According to the impact of the list in the Basque Country, and considering all the science fields, four names stand out together with Javier, Ángel Borja (AZTI), Luis M. Liz-Marzán (CIC biomaGune), Maurizio Prato (CIC biomaGune) y Wolfgang Parak (CIC biomaGune).

The Web of Science (scientific database) is the tool that for more than two decades has served as the central basis for compiling the more than 2,000,000 publications registered each year in the scientific community. Clarivate analytics extracts annually from this database the results with which it elaborates this list of international recognition. Assessing the scope and significance of a scientist’s research work involves knowing the impact his or her work has had on the scientific community as a reference or as an inspiration in the work of the rest of the research. In this sense, appearing on this world list is an honour and a clear international reference for the research excellence of a scientist. In fact, it is one of the parameters that are valued in the elaboration of the official world ranking of the best universities that ShangaiRanking Consultancy annually produces.