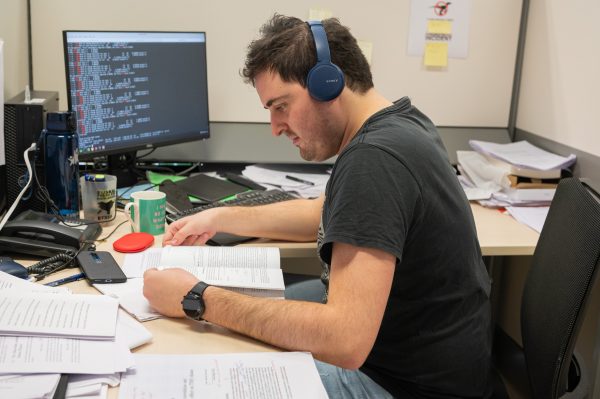 The main purpose of this Thesis is to perform a theoretical analysis of the magnetism and electronic correlation on different nanochain
systems. Though simple in their structure, they show intriguing magnetic properties due to their low dimensionality.
We focus on two different types of chains: transition metal oxide chains with stoichiometry XO where X=Ni, Co, Fe and Mn grown on 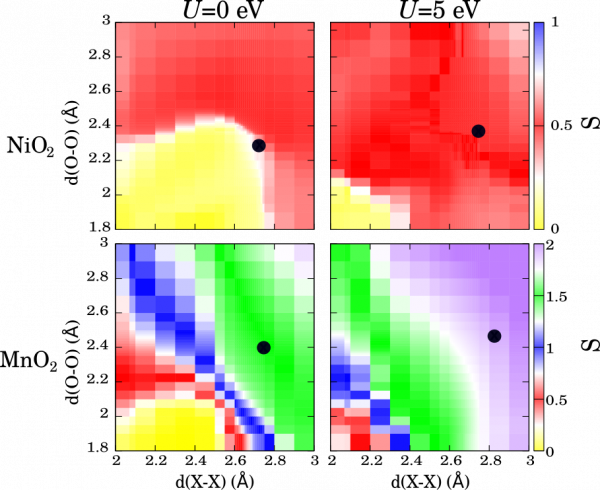 Spin states of the NiO2 and MnO2 chains varying the distance between the magnetic atoms and oxygen atoms for two values of the Hubbard-U.

Ir(100) and  the metal-organic polymeric CoQDI and CrQDI chains. In the former chain, we study the electronic correlation variation
between the planar unsupported and the supported system. Depending on the interaction between substrate and chain, the magnetic atom electron occupancy can be entirely modified and interaction between the electrons affected, thus, modifying the magnetic properties of the system. In the metal-organic chains, we analyze the consequences when the theoretical analysis is capable to converge to excited states apart from the minimum energetic ground state. We will study the change in the magnetic properties when the different states are set in the magnetic atoms.