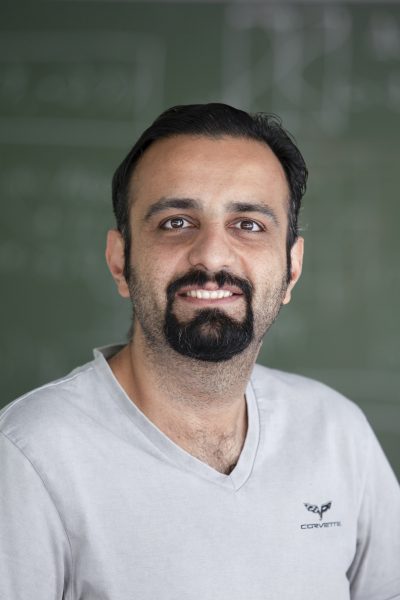 The theory describing the interaction between light and matter at the nanoscale is nearly as old as quantum mechanics. Over the years, theoretical models have established themselves as a viable complement to experiments for an in-depth understanding of microscopic mechanisms and devising novel materials with enhanced properties for technological applications. With the steady increase in computational power, the combination of experiments with theoretical and computational modeling is perceived as a promising approach to significantly reduce the time and effort for optimizing the functionality of a material for a given application. This usually involves simulating materials by employing the so-called ab initio electronic structure methods to describe the behavior of material sat the atomic scale. In this thesis, we focus on the ab initio many-body perturbation theory (MBPT),providing powerful tools to describe the electronic excitations of materials. Within MBPT, the GW approximation is a Green’s function-based framework which is extensively employed to investigate the electronic structure of diverse materials in both finite and extended phases at the same level of accuracy. However, the computational complexity associated with the canonical implementation of the method often hinders its application in large systems. In the present dissertation, after introducing the underlying methodology, we discuss a new implementation of the one-shot GW in which computing the quasiparticle energies requires neither the explicit calculation of the response function nor the inversion of dielectric matrices. In doing so, we ultimately benefit from the sparsity associated with the use of a basis set of atomic orbital, and design iterative algorithms dealing with matrix-vector products instead of memory-demanding matrix-matrix operations. To validate our numerical implementation, we rigorously test the performance of the iterative algorithm for a variety of small molecules and a few relatively large systems, such as buckyball fullerenes with up to 320 atoms. By inspecting the memory usage of the proposed algorithms, we demonstrate the capability of the iterative implementation to treat large systems with limited computational resources.

In the present doctoral thesis, we also discuss the application of the MBPT methods to molecular systems. In the realm of MBPT, the GW method is the predominant framework for describing the spectra of single-particle-like electronic excitations (quasiparticles). To demonstrate this point, we benchmark the ionization energies of 42 open-shell molecules, computed by theG0W0method using different unrestricted stating-point calculations. Although the final results point to an undesired dependency on the choice of the initial mean-field solutions, the average performance of theG0W0correction on top of standard hybrid functionals is found reasonably accurate as compared to the results obtained from the high-level quantum chemistry methods. The significant role of correlation effects captured by the GW self-energy is also stressed in the case of a few examples for which the mean-field methods provide a qualitatively incorrect estimation of the molecular orbital ordering. Extending our study to the solid state, we investigate the electronic structure and optical properties of a few organic semiconductors. For the diindenoperylene (DIP) molecular crystal, we show that the quasiparticle band structure as calculated within the GW approximation results in a transport gap in excellent agreement with photoemission spectroscopy data while the absorption spectra and optical gap predicted by solving Bethe-Salpeter equation reconcile available experimental data. Here, we also explore the p-type doping of the DIP crystal with two recently proposed electron-accepting molecular dopants and characterize the optical and electronic properties of the doped DIP crystals using the same methodology. As compared to the pristine DIP, we find that the band gap of both doped crystals is narrowed considerably due to the formation of hybridized states at the valence-band edge associated with a host-dopant charge-transfer complex. As a result, both dopedDIP crystals feature a broad absorption spectrum with new optically active excitations spanning over infrared and visible ranges. While the strong transitions in the infrared range are attributed to the excitations with noticeable charge-transfer character, our results indicate that the absorption