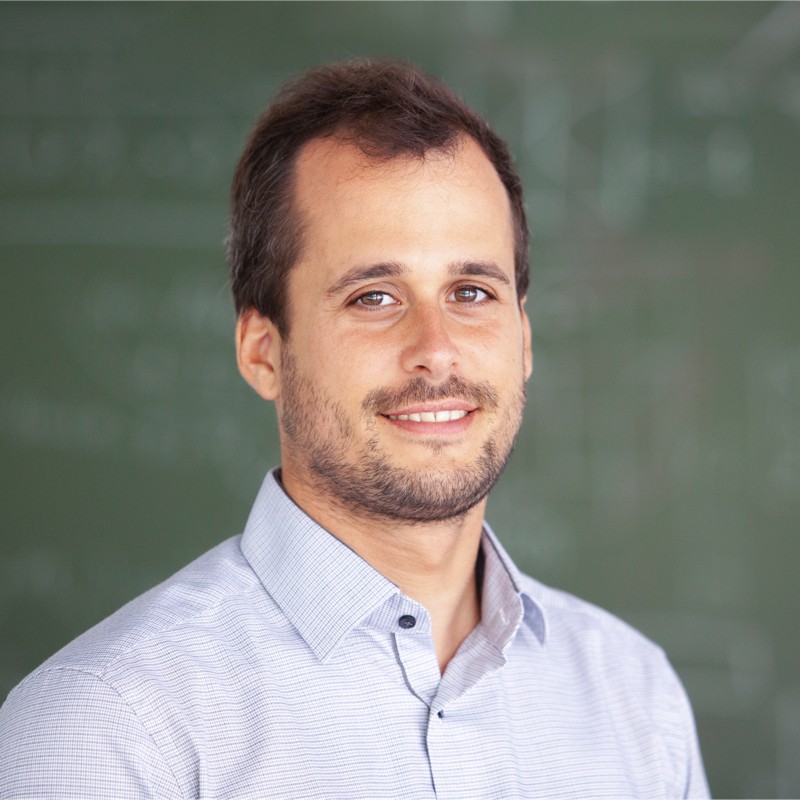 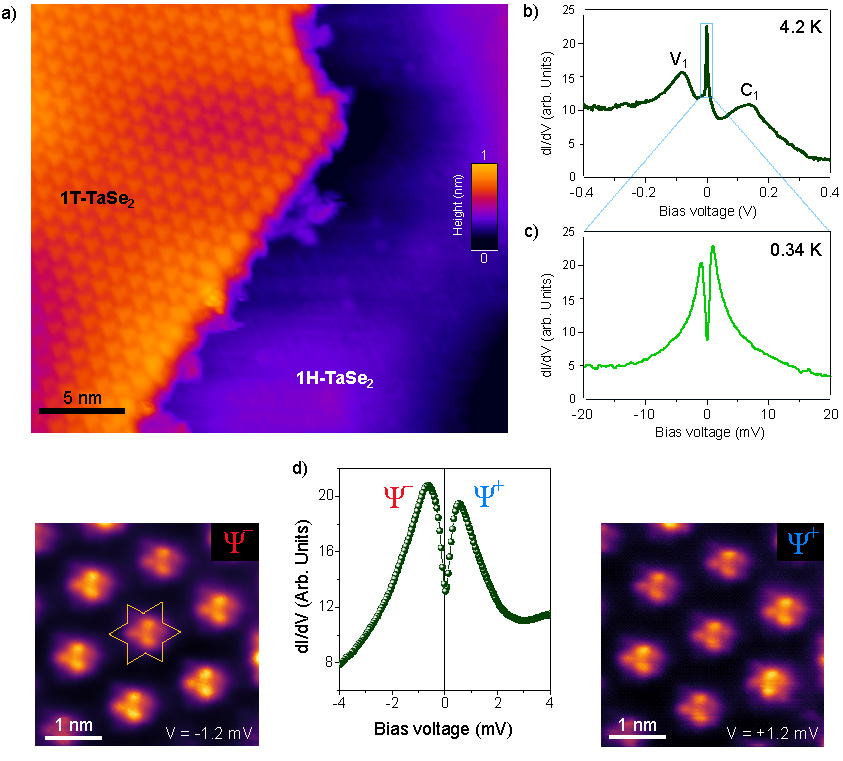 Single-layer (SL) transition metal dichalcogenide (TMD) materials possess a variety of collective electronic phases such as superconductivity (SC), charge density wave (CDW) order, and magnetic correlations, which exhibit fascinating properties in the confined space of two dimensions. In these layered materials electron-electron interactions are enhanced, which can trigger novel physical phenomena. In particular, the most fundamental properties and intrinsic parameters such as the critical temperatures (Tc) of these phases are strongly modified in most cases when reducing the dimension. Furthermore, the interplay of the electronic phases becomes crucial. Important questions on the pairing symmetry in 2D-TMD superconductors and the stability of these phases to external perturbations such as magnetic fields and doping atoms remain elusive.

This thesis presents an atomic-scale study of the collective electronic states present in selected novel TMD materials in the ultimate single-layer limit. Molecular beam epitaxy is deployed to grow highly crystalline single-layer materials and more complex TMD heterostructures. By means of low temperature scanning tunneling microscopy and spectroscopy (STM/STS) under ultra-high vacuum conditions and high magnetic fields, we are able to study the electronic structure in depth and, therefore, the phase diagrams of these 2D materials. This thesis also benefits from other experimental techniques (AFM, ARPES, XMCD, XPS, SQUID, RHEED, LEED) and calculations that provide complementary information to better understand the phenomenology of the physical systems under study. 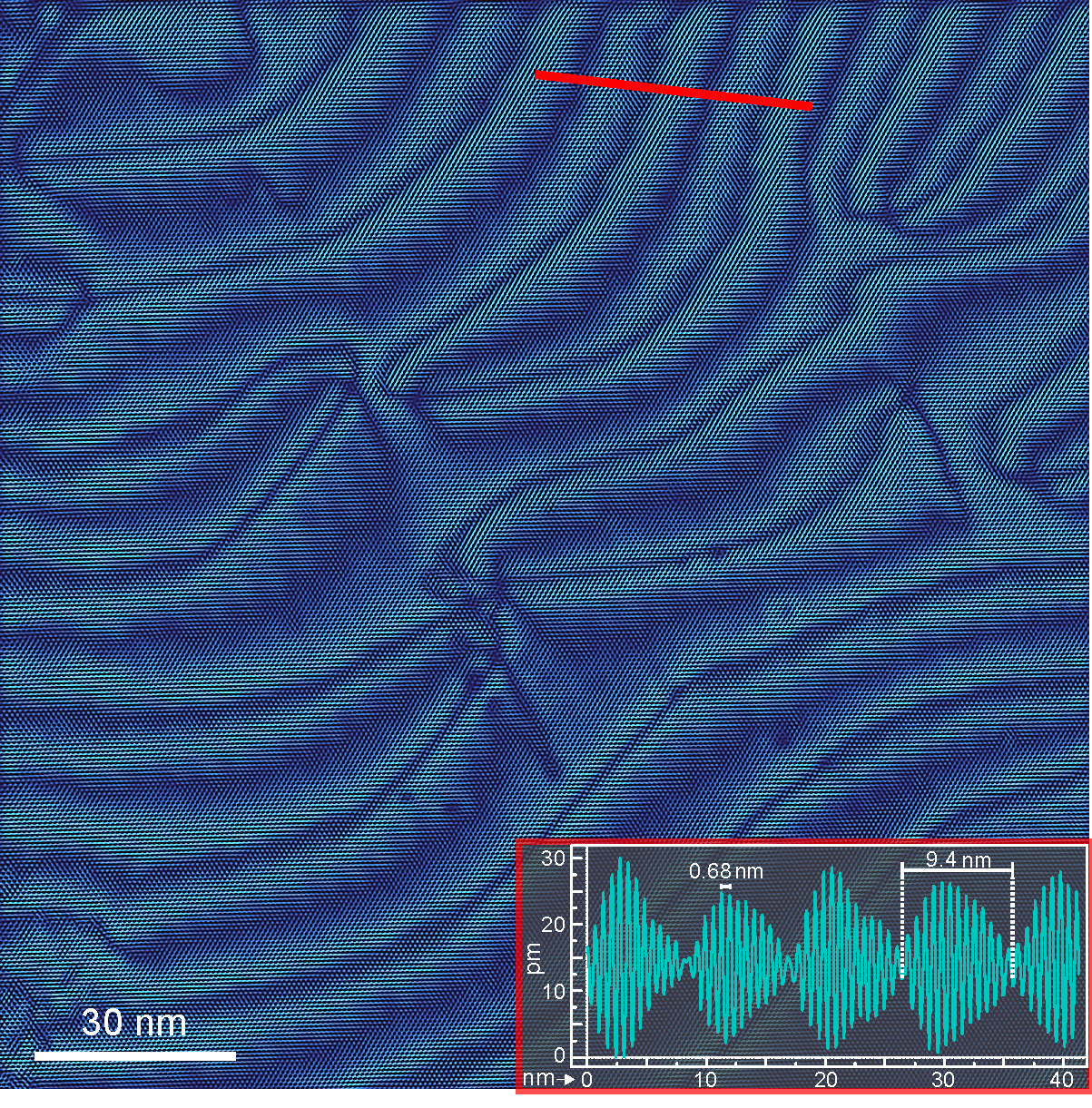 In the first part, we examine the quasi-particle density of states of a monolayer of NbSe2 to demonstrate the emergence of Leggett collective modes in the superconducting state, arising from the competition between the s-wave singlet ground state and a sub leading f-wave triplet component. Then, we study the impact of proximity effects on the electronic structure and collective states in this 2D material triggered by different types of supporting substrates. In the third part, we focus on aliovalent SL-TMD alloys. As we tune the stoichiometry of two different alloys, we examine the atomic-scale evolution of the electronic ground states and the robustness of the electronic phases against disorder. Subsequently, we explore the electronic and magnetic properties of 1T-TaSe2 in single-layer form on different substrates (BLG and 1H-TaSe2). On the latter, 1T-TaSe2 shows evidence of long-range magnetic order.

The last chapter of this thesis describes the electronic properties of single-layer TiSe2 as well as the CDW order on different substrates.