A molecule at the tip of the tunneling microscope is the key to achieving unprecedented accuracy of magnetic detection on an atomic scale. 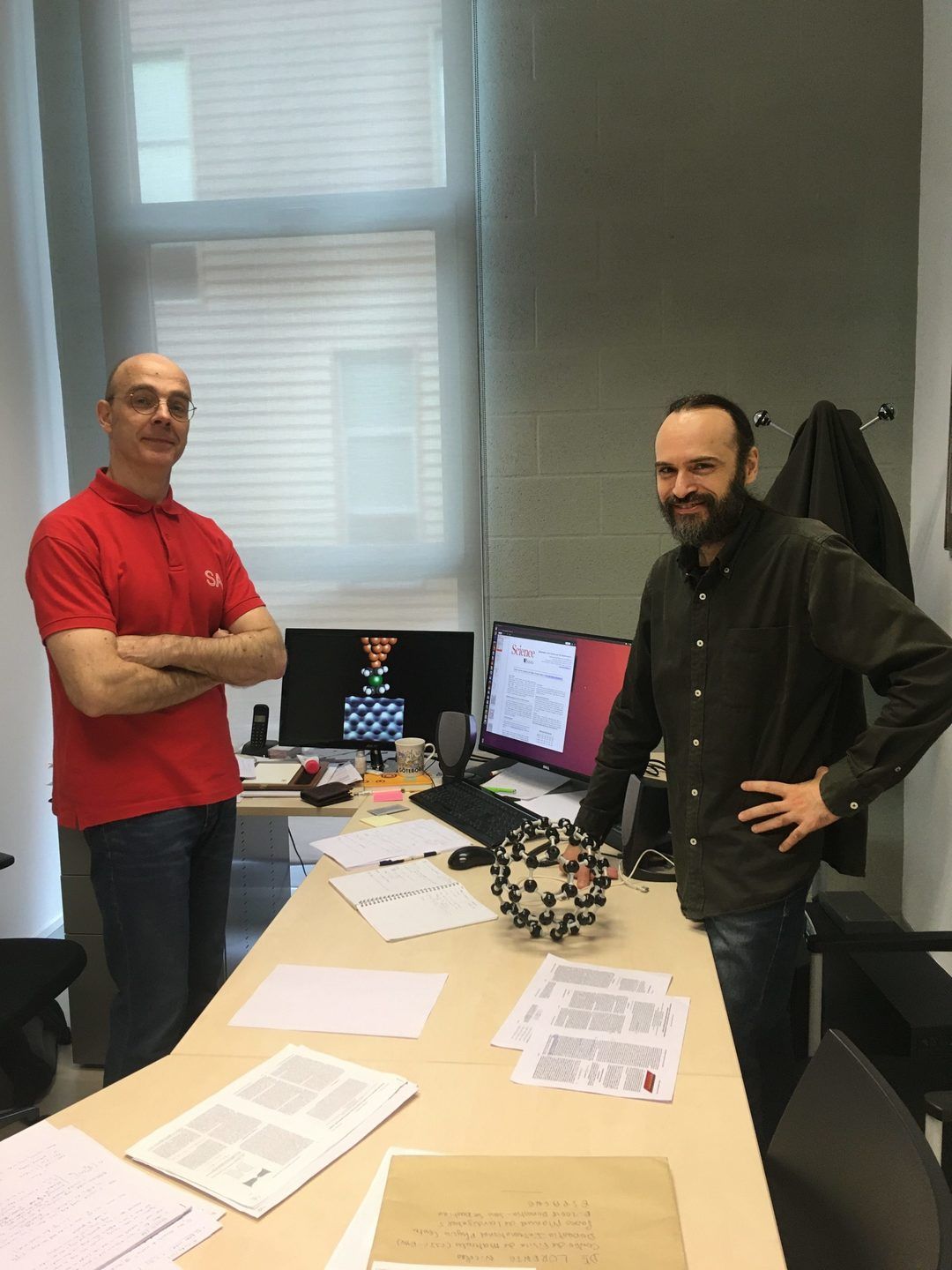 The results, published today (November 1) in the prestigious journal Science, open a new way to obtain crucial information for the fundamental understanding of structures at the atomic scale and for the design of future devices at the atomic scale as well as nanoscale storage, or quantum simulators among others. Nicolás Lorente, researcher at CFM and the Donostia International Physics Center (DIPC), and Roberto Robles, also from CFM, are part of the international team that has carried out the work, together with members of the Universities of Strasbourg (France), and Jülich (Germany).

To  explore the world of individual atoms and molecules scientists use microscopes which don’t rely on a ray of light or electrons but can rather be seen as the ultimate version of an analogous record-player. These instruments named scanning probe microscopes use the end of a sharp needle as a tip to ‘read’ the grooves created by atoms and molecules on the supporting surface. To sense the proximity between tip and surface the scientists use a tiny electrical current which starts to flow when both are only separated by a fraction of a millions of a millimeter – that is a nanometer. Regulating the tip to keep this distance enables the topographic imaging by scanning the surface.

While the basic idea of such microscopes have been developed already in the 1980, only during the last decade scientist in different laboratories have learned to expand the capabilities of these microscopes by cleverly designing the very last end of their probing tip. For example, by attaching a small molecule, like CO or H2, an unprecedented increase in spatial resolution was achieved in which the flexibility of the molecule made even chemical bonds visible. 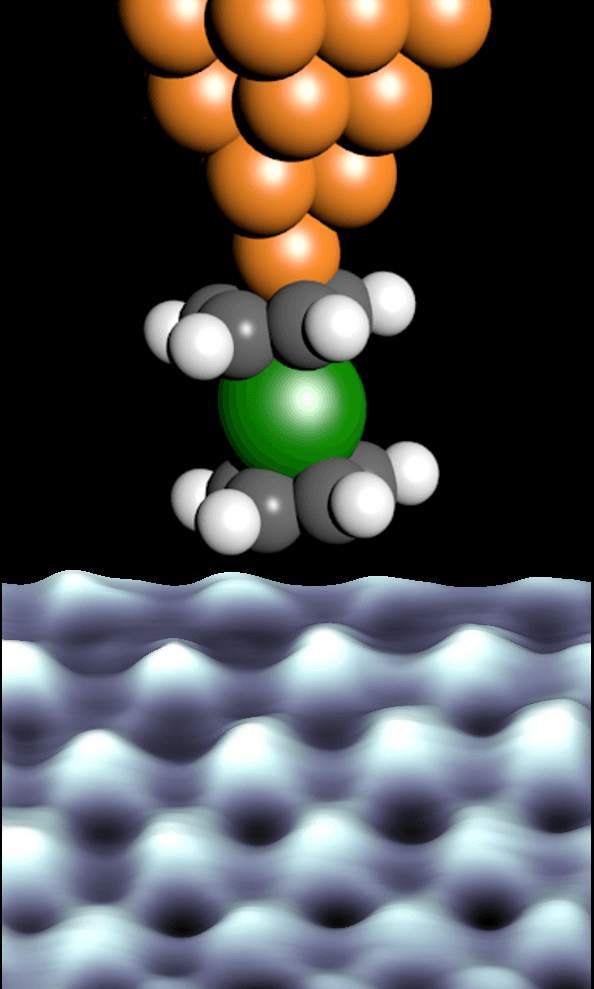 Similarly, the authors of the recent publication in Science also specially crafted the tip apex to bring a novel function to the sharp tip: They made it sensitive to magnetic moments by placing a quantum molecular magnet containing a single Nickel atom at the apex. This molecule can be brought electrically into different magnetic states with ease. While its ground state possesses effectively no magnetic moment and therefore only marginally influences the object under investigation, its excited states do have a magnetic moment which senses near-by moments which unprecedented spatial resolution and high sensitivity.

The importance of this achievement is threefold. First, the use of a molecule as active sensor makes it very reproducible and easy to implement in instruments used by other groups world-wide working in the field. Second, the non-magnetic ground state induces only minimal back-action onto the system under study – important to prevail volatile states at the nanoscale. Third, the detection scheme relies only on easily observable properties in the sensor tip and “dark” magnetic moments, which are usually difficult to measure, become accessible. In summary, with this work scientists have expanded their nanoscale toolbox with a new tool sensitive to the magnetic properties which will be important for future applications ranging from nanoscale memory-devices to novel materials or applications in the field of quantum simulation and computing.