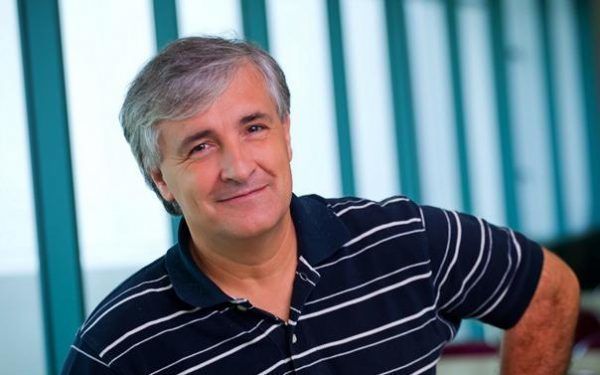 Next January 29th at 19:00 in Kutxakultur plaza of Tabakalera, the CFM Materials Physics Centre, a joint centre of the University of the Basque Country (UPV/EHU) and the Spanish National Research Council (CSIC), will present “Exploring the nano-world in a nanocar”, a talk to promote the Nanocar Race, the smallest car race in the world, by its founder, Professor Christian Joachim (CNRS Toulouse), an eminent person in nanotechnology, and Nicolás Lorente, a current collaborator of the project and active researcher in the area of nanotechnology.

The invention of the optical microscope at the beginning of the 17th century or the discovery of X-rays and cathode rays at the end of the 19th century, have been historical milestones that have allowed the development of our society. In our time, we are witnessing a similar revolution thanks to the invention by G. Binnig and H. Rohrer in 1981 of the Scanning Tunneling Microscope (STM). In this talk, Professors Nicolas Lorente and Christian Joachim, experts in the field, will tell us about this adventure in which humanity is immersed. “Today we can say that an ‘atomic technology’ is emerging that brings a new way of exploring matter and producing machines never imagined,” says Professor Christian Joachim. 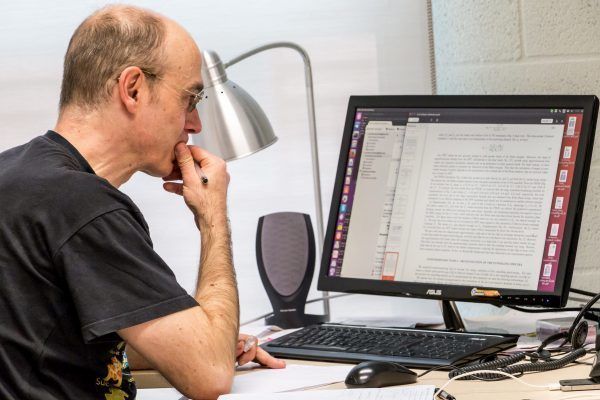 They will explain us how in 2017, the first international race of car molecules was organized, an event that was followed around the world and highlighted by prestigious magazines such as Nature in their editorials. On a winding track on the surface of a golden crystal, each driver of the 6 teams drove a single molecule during the 36 hours of the race.

This public lecture indeed, is taking place within the framework of the visit that the international evaluation committee of the race is going to make next January 30th to the team from San Sebastian that has registered to participate in the second edition of the Nanocar Race, which will be held in 2021. The tandem of the Donostia International Physics Center (DIPC) and the CFM is comprised among others, by Dimas García de Oteiza, Ikerbasque researcher at DIPC, and Martina Corso, researcher of CSIC in the CFM. The team is already preparing its nanocar and is training for the upcoming race, in which it will participate using the powerful STM microscope that DIPC has installed in the CFM’s laboratories.

Prof. Joachim will also participate in a colloquium at DIPC addressed to the local research community, where he will discuss the cutting-edge science and research behind the NanoCar Race.

BIOs of the SPEAKERS

Nicolas Lorente is a CSIC researcher at CFM and professor at the Paul Sabatier University of Toulouse.

After his thesis work at the Autonomous University of Madrid, Nicolás Lorente spent four years working at the universities of Orsay in France and Chalmers in Sweden. He specialized in the interaction between solids and molecules, particularly in the aspects of temporal evolution and electric charge transfer. These processes are fundamental to understanding how a molecule will behave in contact with materials. The applications of these studies are manifold. On the one hand there are chemical applications, particularly heterogeneous catalysis, on the other hand there are applications of molecular devices at the nanoscale. The work carried out with Christian Joachim is part of this second domain.

Christian Joachim is Director of Research at the CEMES/CNRS Nanoscience Group in Toulouse and since 2008 Associate Professor of Quantum Physics and Quantum Engineering at ISAE-Sup’Aero. He has published more than 300 scientific publications accompanied by more than 380 invited lectures on electron transfer through a molecule, STM and Atomic Force Microscopy (AFM) image calculations, tunnel transport through a molecule, logic gate of a molecule, atomic scale circuits, atomic scale electronic interconnections and mechanical machines of a molecule. Winner of the 1991 IBM France Prize, the 1997 Feynman Prize, the 1999 French Nanotechnology Prize, the 2001 CNRS Silver Medal in Chemistry and the 2005 Feynman Prize, he made his entry into the 2011 Guinness with the world’s smallest molecule in operation. It obtained a European star in 2015 for the coordination of the AtMol project. He is the origin and editor of the Springer series “Advances in Atom and Single Molecule Machines” with 11 volumes published since 2012. His book: “Nanosciences, the invisible revolution” (Le Seuil (2008), World Scientific (2009)) describes the history of nanosciences and their political drawbacks to the general public. He is also a permanent member of the Academy of “Sciences and Fine Letters” of Toulouse.