Raúl Angulo, astrophysicist at DIPC, and Sebastián Bergeret, physicist at CFM and DIPC, were recognized for their outstanding scientific achievements 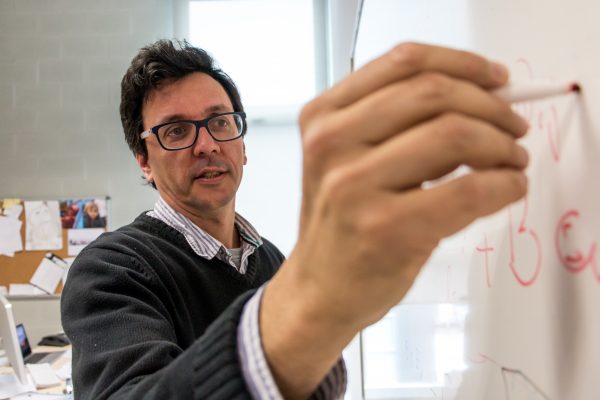 The Alexander von Humboldt Foundation, established by the Federal Republic of Germany to strengthen research capabilities through international exchange, grants annually the Friedrich Wilhelm Bessel Research Award to internationally renowned academics from abroad, in recognition for their outstanding accomplishments in their area of expertise and their exceptional promise for the future. As part of the price, award winners are invited to conduct a research project of their own choosing in Germany, in close collaboration with a specialist colleague. 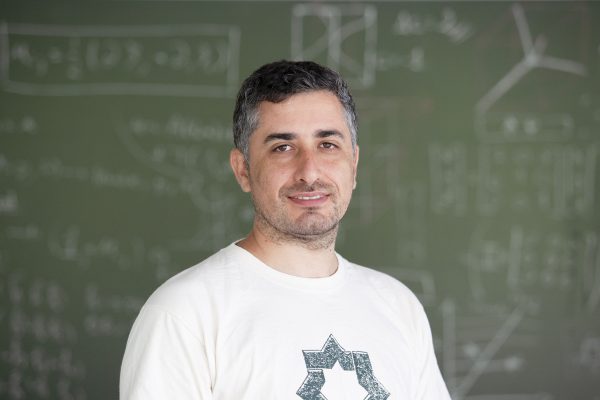 Dr. Bergeret is known internationally for his outstanding research in quantum transport, superconductivity and related topics in condensed matter physics. He has made ground-breaking predictions on the interplay between superconductivity and magnetism in hybrid systems, which opened up new lines of research, and pioneering works on non-equilibrium superconductivity and thermoelectricity. During his stay in Germany, he will be hosted by Prof. Björn Trauzettel, at Würzburg University, to explore transport properties of two-dimensional superconducting structures with strong spin-orbit coupling.

As Head of the Computational Cosmology Group at DIPC, Dr. Angulo is carrying out computer simulations of the Universe in order to understand its origin, composition, and evolution. His work could contribute to unveil the nature of dark matter and dark energy, some of the most pressing mysteries in physics today. Bessel Award will allow Dr. Angulo to expand his research in collaboration with Prof. Dr. Simon White, at Max-Planck Institute for Astrophysics in Garching, Germany.

DIPC and CFM congratulate Raúl Angulo and Sebastián Bergeret for this well-deserved recognition and reaffirm their commitment to promoting collaborative scientific research that generates long-term impact.

The Friedrich Wilhelm Bessel Research Award ceremony will be celebrated in Bamberg with the president of the Alexander von Humboldt Foundation, Prof. Hans-Christian Pape, and in Berlin with the President of the Federal Republic of Germany, Frank-Walter Steinmeier.