Women at the forefront of science and technology

* Twenty-four Basque organisations will jointly organise the 7th edition of Emakumeak Zientzian following the signing of a new collaboration agreement.

* The main objective of this initiative is to make it clear that science does belong to girls. 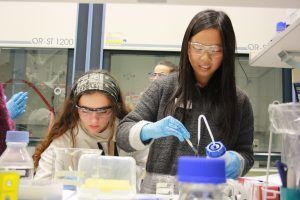 Twenty-four Basque entities join forces around the Emakumeak Zientzian project through the signing of a new collaboration agreement, thus ratifying their commitment to the objectives of the initiative: to make visible the activity of women in science, to break with the typically male roles attributed to scientific-technical activities and to promote the choice of scientific careers among girls and adolescents. With these objectives in mind, the organisations are joining forces to organise a joint programme of activities on the occasion of the International Day of Women and Girls in Science, which is celebrated every year on 11 February.

This union is the result of an initiative -Emakumeak zientzian- of ‘open doors’ with a unifying vocation and which is clear that we are better by adding up. Thus, thanks largely to the involvement and dedication of dozens of professionals in the field of science and technology (researchers, university lecturers, engineers, etc.), the organisers are already working on the design of more than 50 activities so that the message that ‘science is for girls’ reaches the greatest possible number of people. The full programme will be announced on 18 January, when registration will be open and the countdown is on!

It should be noted that during the past year, the Emakumeak Zientzian initiative has won the 1st STEAM Euskadi prize and the special mention of gender perspective in the category of Most Innovative STEAM Education Initiative promoted by other entities, awarded by the Department of Education of the Basque Government and Innobasque, as well as the recognition of the City Council of San Sebastian through Fomento San Sebastian during the 9th edition of the Innovation Week.

The United Nations General Assembly decided in 2016 to proclaim 11 February as the International Day of Women and Girls in Science, with the aim of achieving full and equal access and participation in science for women and girls. The organising entities of Emakumeak Zientzian recognise this as a strategic objective and, in this context, come together to promote, organise, develop, present and execute a wide-ranging joint programme of activities that is growing in size over the years.

In 2017, the CIC nanoGUNE research centre carried out a series of awareness-raising and dissemination activities. In 2018 and 2019, the Materials Physics Centre (CFM CSIC-UPV/EHU), Donostia International Physics Center (DIPC) and CIC biomaGUNE joined the Emakumeak Zientzian initiative and the four centres carried out a more comprehensive programme of activities. In 2020, there were already nine entities associated with the project. In 2021, despite the health crisis caused by the pandemic, 11 organisations joined the project to present an eminently virtual programme of activities. In 2022, seventeen Basque entities joined forces around the project, and for the next year, 2023, twenty-four entities have ratified their commitment to the project’s objectives and have joined forces to prepare a programme of activities that will reach more and more people. 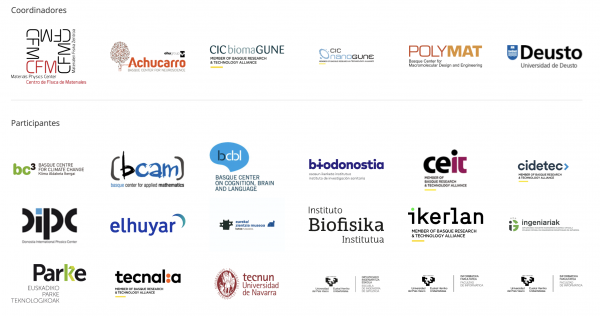