The researchers at the Quantum Phenomena on Surfaces group at CFM published an article in Reviews of Modern Physics, on atomic spin chains on surfaces. The work presented was done by an international collaboration involving CFM, Donostia International Physics Center (DIPC), University of Hamburg, Delft University of Technology, and Center for Quantum Nanoscience, Institute for Basic Science (IBS).

Thanks to the advent of scanning tunneling microscope (STM) based techniques, we can engineer spin chains in an atom-by-atom fashion via atom manipulation and to access their spin states on the ultimate atomic scale. This article is a review of the current state of research on spin correlations and dynamics of atomic spin chains as studied by the STM. The article describes the main properties of spin chains on solid surfaces, classifying the spin chains according to the coupling of their magnetic moments with the holding substrate: from insulating layers on metals, semiconductor substrates, metallic substrates to superconducting surfaces. Finally, an outlook section suggests the use of spin chains in spintronics, quantum communication, quantum computing, quantum simulations, and quantum sensors. 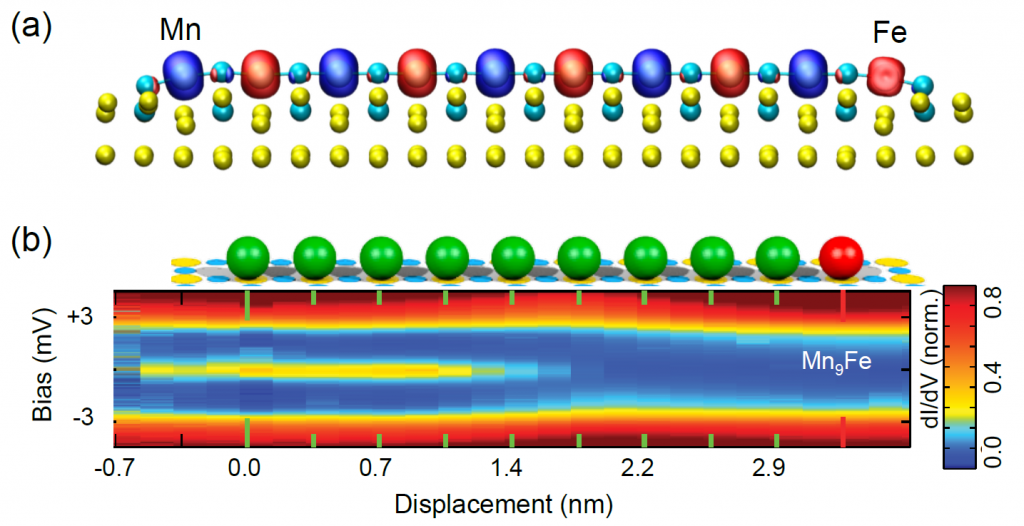