Students who will finish their degree or are enrolled in an official University Master’s course in the 2018-2019 academic year, as well as those who will be students of official Master’s Degree in the 2019-2020 or are allowed to access a doctorate program in the periods 2019-2020 or 2020-2021


For any further information, don’t hesitate to contact Dr. Angel Moreno via: wabmosea@ehu.es

The JAE Intro Programme offers five-month scholarships at CSIC centers (own, mixed or associated units) and is aimed at university students with an excellent academic record. Its objectives are to inform students interested in pursuing a research career, the possibilities offered by the CSIC Centers and Institutes in the different scientific areas, and to encourage them to learn about scientific topics and how to solve them . In short, to approach the research career. 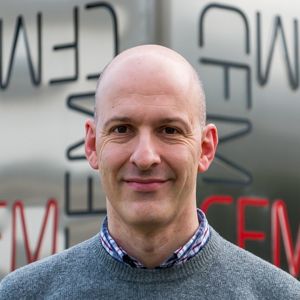 The CFM converges in this call with a project directed by Dr. Angel José Moreno Segurado.   Dr. Moreno is a Tenured Scientist of the CFM in San Sebastian and has a long scientific career in theory and simulation of polymeric systems and soft matter (see Angel´s webpage)

The objective of this research project is the computational design of globular SCNPs from amphiphilic precursors, through the use of realistic force fields (OPLS, MARTINI, etc).

SUMMARY OF THE PROJECT

Single-chain nanoparticles (SCNPs) are nano-objects obtained by cross-linking of individual polymer chains. These have quickly attracted the interest of the scientific community due to their promising possibilities in fields such as biosensors, rheological agents, catalysis, drug carriers, etc. Recently, several synthesis protocols (both computational and experimental) have been implemented thus generating SCNPs with sparse structures similar to those of intrinsically disordered proteins. In addition,  it has also been shown that orthogonal chemistry protocols lead to nanoparticles that are on average smaller and more globular than the homofunctional counterparts. In this sense, the use of amphiphilic precursors could be a promising strategy for the synthesis of globular SCNPs (nanogels). Therefore, the goal is to understand the right proportions of hydrophobic and hydrophilic groups that give rise to compact structures. Finally, in the aqueous phase, the encapsulation process and the spatial distribution within the SCNP of some drugs of interest will be studied.

The ideal candidate should have: