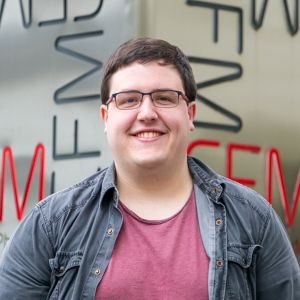 This thesis theoretically addresses the optoelectronic response of metallic nanoparticles (MNPs) and their coupling to quantum emitters (QEs). Nanometer-scale systems are considered where optical nonlinearity, nonlocality, or electron-transfer processes can all play an important role. To capture these quantum many-body effects, Time-Dependent Density Functional Theory (TDDFT) is used primarily in combination with semiclassical models based on the Surface-Response Formalism (SRF) and classical calculations based on the Local-Response Approximation (LRA). We demonstrate that, at the nanometer scale, electron spill-out of the induced charges and surface-enabled Landau damping drastically influence the electromagnetic interaction between MNPs and QEs. In addition, we predict that the hybridization between the electronic states of the QE and those of the MNPs drastically modifies the optical response of the coupled system in situations involving subnanometric distances. Finally, we demonstrate that the electromagnetic coupling of a QE to a spherical MNP can also affect the nonlinear optical response of the system, enabling otherwise-forbidden second-harmonic generation (SHG). The content of this thesis thus presents a quantum mechanical many-body approach to the optical response of plasmonic cavities, which provides new insights into coupling with emitters, electron transfer processes and nonlinear effects. 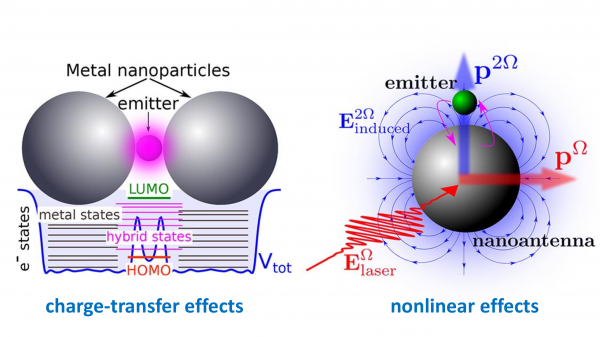