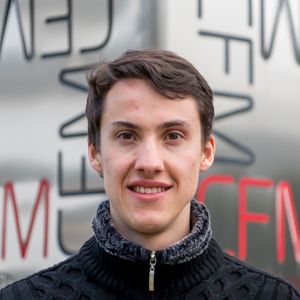 The color of light, i.e., its spectral properties, not only pleases our eye but also helps us to analyze the chemical nature of matter when used as a probe in optical spectroscopy. By shining light on an unknown chemical substance (sample), and collecting the emitted or transmitted light, it is possible to identify characteristic spectral fingerprints that reveal the sample’s chemical structure. For example, molecular vibrations can result in absorption of electromagnetic radiation at the infrared end of the electromagnetic spectrum or give rise to Raman peaks when illuminated by a coherent monochromatic visible laser. Upon illumination, matter can also emit fluorescence photons which find their application in modern microscopy, spectroscopy, and in more exotic fields such as quantum computing. Unfortunately, many of these applications are often hindered due to the generally weak interaction between small quantities of molecules and light.

Surface plasmons, the oscillation of surface charge density at the surface of a metallic surface due to the collective excitation of free electrons,  give rise to a suitable platform to enhance the coupling between molecular excitations and light. Plasmons are able to localize electromagnetic near fields close to the particle’s surface and simultaneously strongly interact with incident light. These plasmonic excitations thus facilitate the efficient interaction between incident light and samples placed in the vicinity of the metallic particle, an effect which can be exploited to improve the performance of optical and infrared spectroscopies, such as in surface-enhanced Raman scattering (SERS), in surface-enhanced infrared spectroscopy (SEIRS) or in surface-enhanced fluorescence (SEF).

This thesis combines classical and quantum approaches to theoretically describe the interaction among excitations in molecules, plasmons, and electromagnetic radiation, ranging from vibrational excitations interacting resonantly with infrared electromagnetic radiation to optically active electronic excitations in organic dyes. Some results of the thesis, such as the optimization of linear plasmonic antennas for SEIRS, are of practical importance, others, including the quantum description of plasmon-exciton coupling or the optomechanical description of resonant SERS, address more fundamental aspects of light-matter interaction.