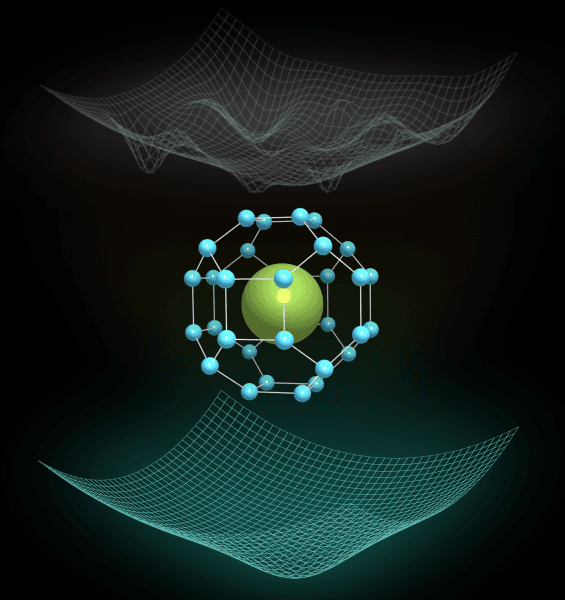 Calculations performed by an international team of researchers from Spain, Italy, France, Germany, and Japan show that the crystal structure of the record superconducting LaH10 compound is stabilized by atomic quantum fluctuations. This result suggests that superconductivity approaching room temperature may be possible in hydrogen-rich compounds at much lower pressures than previously expected with classical calculations. The results are published today by the prestigious Nature journal.

Reaching room-temperature superconductivity is one of the biggest dreams in physics. Its discovery would bring a technological revolution by providing electrical transport with no loss, ultra efficient electrical engines or generators, as well as the possibility of creating huge magnetic fields without cooling. The recent discoveries of superconductivity first at 200 kelvin in hydrogen sulfide and later at 250 kelvin in LaH10 have spurred attention to these materials, bringing hopes for reaching room temperatures soon. It is now clear that hydrogen-rich compounds can be high-temperature superconductors. At least at high pressures: both discoveries were made above 100 gigapascals, one million times atmospheric pressure.

The 250 kelvin (-23ºC) obtained in LaH10, the usual temperature at which home freezers work, is the hottest temperature for which superconductivity has ever been observed. The possibility of high-temperature superconductivity in LaH10, a superhydride formed by lanthanum and hydrogen, was anticipated by crystal structure predictions back in 2017. These calculations suggested that above 230 gigapascals a highly symmetric LaH10 compound (Fm-3m space group), with a hydrogen cage enclosing the lanthanum atoms (see figure), would be formed. It was calculated that this structure would distort at lower pressures, breaking the highly symmetric pattern. However, experiments performed in 2019 were able to synthesize the highly symmetric compound at much lower pressures, from 130 and 220 gigapascals, and to measure superconductivity around 250 kelvin in this pressure range. The crystal structure of the record superconductor, and thus its superconductivity, remained therefore not entirely clear. 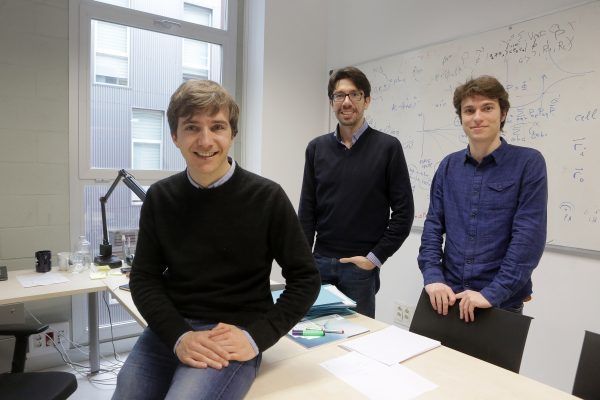 Now, thanks to the new results published in Nature, we know that atomic quantum fluctuations “glue” the symmetric structure of LaH10 in all the pressure range in which superconductivity has been observed. In more detail, the calculations show that if atoms are treated as classical particles, that is, as simple points in space, many distortions of the structure tend to lower the energy of the system. This means that the classical energy landscape is very complex, with many minima (see figure), like a highly deformed mattress because many people are standing on it. However, when atoms are treated like quantum objects, which are described with a delocalized wave function, the energy landscape is completely reshaped: only one minimum is evident (see figure), which corresponds to the highly symmetric Fm-3m structure. Somehow, quantum effects get rid of everybody in the mattress but one person, who deforms the mattress only in one single point.

Furthermore, the estimations of the critical temperature using the quantum energy landscape agree satisfactorily with the experimental evidence. This supports further the Fm-3m high-symmetry structure as responsible for the superconducting record.