The origin of different stability of crystalline calcium silicate hydrates was investigated.

The tobermorite crystal has been used as an analog of cement hydrate that is being today one of the most manufactured materials on earth. Normal tobermorite is thermally unstable and transforms to amorphous at low pressure. On the other hand, anomalous tobermorite with high Al content does not significantly transform under high pressure or high temperature. Conducted X-ray absorption spectroscopy explains the weak stability of normal tobermorite, stability which was originally based on a hypothesis using the role of zeolitic Ca ions in the cavities of silicate chains.

Atomic simulations reproduced the experimentally observed trend of pressure behavior once the ideal structures were modified to account for the Al content as well as the chain defects. The simulations also suggested that the stability of tobermorite under stress could be rationalized as a self-healing mechanism in which the structural instabilities were accommodated by a global sliding of the CaO layer. 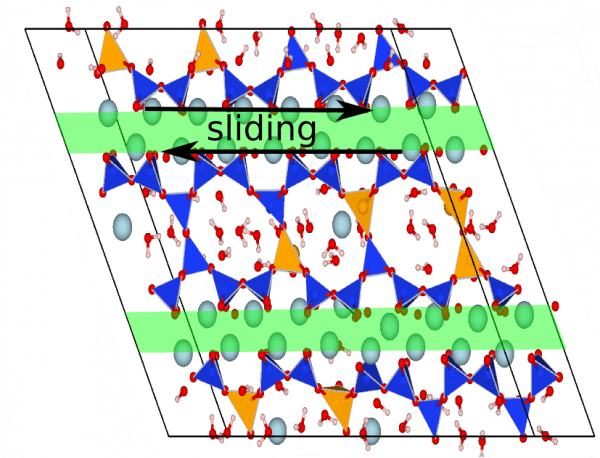