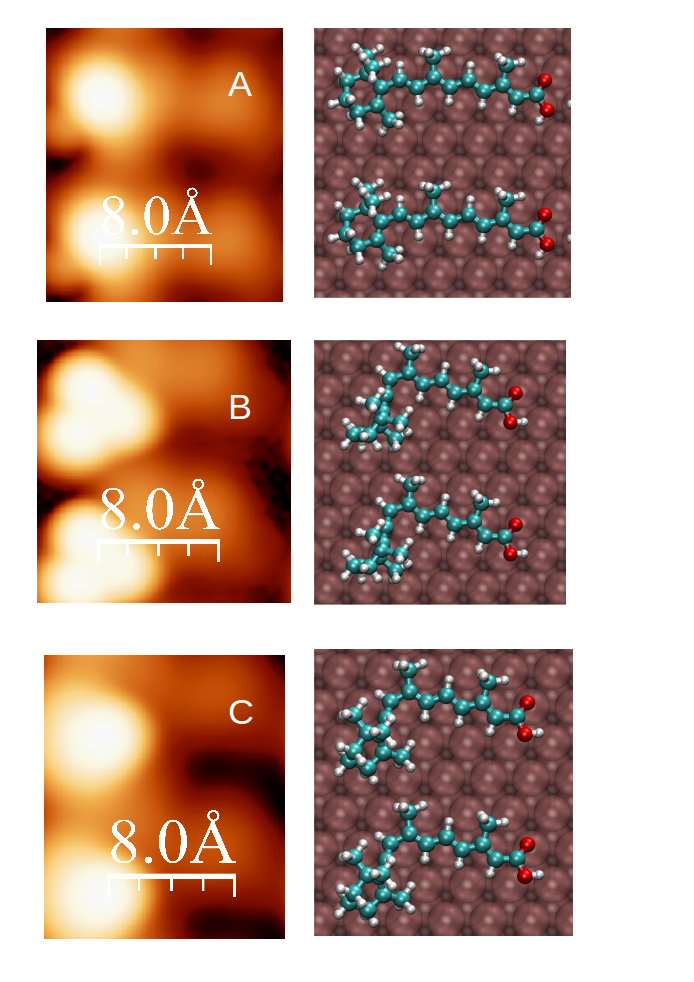 Figure 1.- Sequence of transformation as obtained from density functional theory calculations. The left column shows the simulated STM images, and the right column the stick-and-ball model of the suggested electron-induced reactants.

The retinoic acid is a stable organic molecule that has been studied in the group of Prof. Berndt in Kiel using a scanning tunneling microscope (STM). By using tunneling electrons, the molecule undergoes some transformation and become spin polarized. This is most startling because the molecule is very stable in its closed-shell form (no spin) and the molecule is in contact with a gold surface that is a reservoir of electrons capable of quenching any localized spin on its surface. Bocquet and Lorente came up with a sigmatropic reaction where one of the H atoms of the molecule displaces itself thanks to the energy taken from the tunneling electron. By doing so, the molecule becomes distorted, decoupling itself from the metallic surface and creating a dangling bond where a spin is localized. Studying these radical molecules on metallic surface is an interesting field, because of both its intrinsic difficulty and the practical applications creating reactive radicals in an otherwise very passivating environment.