CFM is one of the official colaborators of the science fair “Zientzia Azoka” yearly organized by Elhuyar, an initiative to promote science and technology among young people 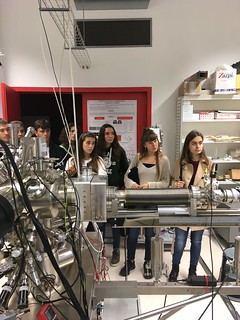 HAND in HAND WITH OUR RESEARCHERS

CFM offers two of the prizes of the fair, consisting of a stay of two days, for the young winners. They will get to know the work we do at the CFM, and will accompany the research staff in the research they are currently doing.

In addition, CFM will collaborate during the acts and previous events of the Zientzia Azoka, as well as in person, in the celebration of the fair in Bilbao, and an expert of the CFM will participate in the meetings of selection of the best works of Elhuyar Zientzia Azoka.