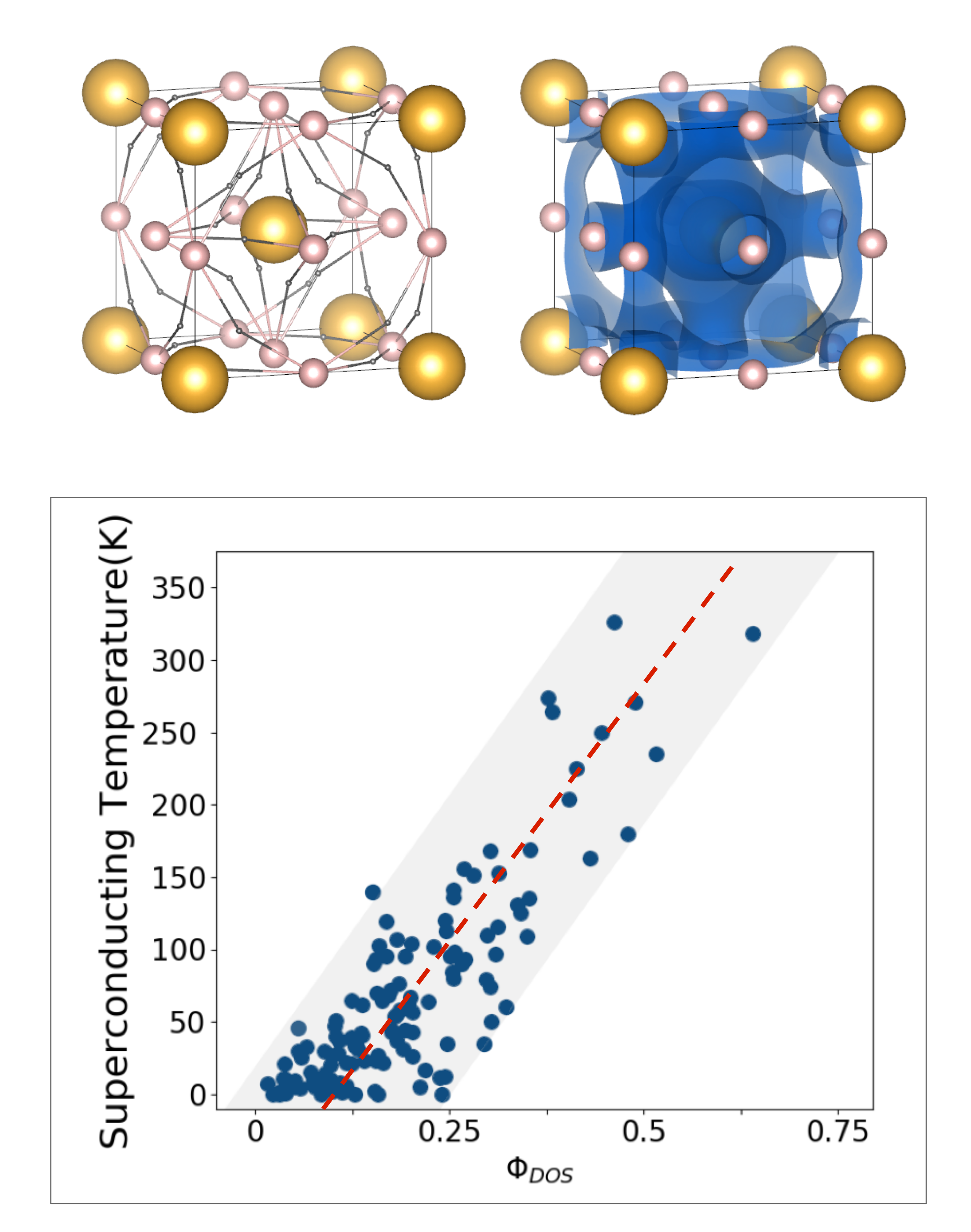 Through the analysis of a large set of hydrogen based superconductors, the authors identify that a large degree of electronic localization in the interstitial sites is key to enhance their critical temperature. Such localization is measured trough newly define magnitude, named “networking value”. This quantity results able to predict with reasonable accuracy the superconducting critical temperature in conventional hydrogen based superconductors.

The recent discovery of room temperature superconductivity has proven the outstanding potential of hydrogen rich systems. If this class of compounds could be engineered for applications to our daily world, their extraordinary features would introduce a technological revolution through lossless electrical transport and ultra efficient electrical engines or generators. In the field of superconductivity there is then an intense effort between theoretical and experimental works to expand the practical usability of hydrogen based superconductors. In all this, the role of theory is to guide experiments forward by proposing possible stable compounds and by establishing the good footprints for superconductivity.

This theoretical work investigates a large set of hydrogen based materials predicted to be superconductors, attempting to highlight the specific general features giving rise to high critical temperatures. From the obtained results, it appears clear that the appearance of a ordered network of covalent bonds is able to boost the superconducting properties. The work expands then by identifying a magnitude called “networking value” related to the ability of the material to create crystal sized networks based on electronic localization features at the interstitial sites (Figure 1). This quantity results are able to predict, with reasonable accuracy, the critical temperature of hydrogen based superconductors, better than any other descriptor analysed so far.

The identification of the networking value opens the possibility for a fast screening of theoretical predictions, while providing a clear understanding of the structural, electronic and bonding features that enhance conventional superconductivity. Furthermore, it provides a first step towards real space interpretations of conventional superconductivity.

We are always looking for motivated students and postdocs. Please contact us in case you would like to join us.